To share your memory on the wall of Yolanda Mitts, sign in using one of the following options:

Yolanda was born to parents Armando Valentino Sisto and Helen Barbara (Palmer) Sisto on December 22, 1946 in Yonkers, New York. She grew up as the eldest of three in Taylor, Michigan. After graduating from Taylor Center High School in 1965 she earned a Bachelor of Arts degree in English Literature and secondary school teacher certification at Wayne State University (WSU) in Detroit. In 1968, she married Gary Mitts after having met him in a world history class in 1967. As a married couple, Yolanda and Gary joined the Peace Corps after they graduated from WSU in 1969 and taught English as a foreign language at a Teachers Training College in Mahasarakham, Thailand for two years. Prior to their assignment to Thailand program in 1970, they had been in Peace Corps training to teach English in Libya. That program was cancelled due to a change in the Libyan government in the fall of 1969. When their service with the Peace Corps was finally completed, they took some time to travel through Asia and Europe. Yolanda enjoyed traveling with her family throughout her life.

After her return to the US in 1972, she worked at the Social Security Administration offices in Battle Creek and Kalamazoo after having lived and worked for a few months in both Detroit and Milwaukee. Yolanda and Gary moved to a house on Long Lake in Pavilion Township in 1975 where they raised their two sons and she had herb, vegetable and flower gardens. She left Social Security in 1977 when her first child was born. She was a substitute teacher in several school districts and was once the volunteer of the year at Tobey Elementary School. After her children were in high school, she returned to work at Social Security and retired at the end of 2008 with twenty years of government service. She and Gary left Long Lake and moved to Leisure Time Condominiums in Kalamazoo in 2017.

Yolanda was a long time active member of the League of Women Voters Kalamazoo Area and was most recently instrumental in planning the exhibit at the Kalamazoo Valley Museum commemorating the 100th anniversary of women getting the right to vote. She had also been a member of the Michigan Yoga Association and had practiced yoga for over 40 years. She taught yoga classes at the YMCA in both Kalamazoo and Portage for many years and last taught in June, 2019. She also enjoyed attending potlucks with the Peace Corps Association of Southwest Michigan, a local group of Returned Peace Corps Volunteers who had served in various countries around the world.

Yolanda had been a breast cancer survivor since 1987, but she was diagnosed with metastatic breast cancer in August, 2019. The family is grateful for the kind and compassionate care which was provided by both Grace Hospice and the staff at Woodside Assisted Living at Friendship Village. She had moved there last autumn. She is survived and will be deeply missed by her husband, Gary Mitts; her sons, Kurt (Jessica Warrilow) Mitts and Eric (Jennifer) Mitts; her sister Heather (John Mrozik) Sisto; her brother Wayne (Donna Meeks-Sisto) Sisto; her brother-in- law Raoul (Kathryn Darnell) Mitts; by six nieces and their spouses and children and by several cousins. She will be missed by her many friends as well. Finally, her beloved Maine Coon cat, Mr. Darcy, has missed her since she left for medical treatment in September, 2019.

At her request, cremation will take place. There will be no funeral service or visitation. Memorial gatherings will be planned later in the spring. Yolanda advocated for the preservation of nature and the environment and many social/political causes, especially the importance of voting. Therefore, in lieu of flowers or other gifts, contributions in her memory can be made to the League of Women Voters Kalamazoo Area, the Kalamazoo Nature Center, the Sierra Club or Greenpeace USA.
Read Less

We encourage you to share your most beloved memories of Yolanda here, so that the family and other loved ones can always see it. You can upload cherished photographs, or share your favorite stories, and can even comment on those shared by others.

Posted Feb 24, 2020 at 02:57pm
We have lost a longtime neighbor and friend. They were there for us, as we were for them. We endured many big snow times and many summer times. Our family expresses our condolences to Gary, Kurt and Eric. Yolanda is at peace, our prayers are with her family.
Don and Maryellen Overbeek and family

Posted Feb 22, 2020 at 04:05pm
Yolanda was a beloved friend to her yoga students. Her deep caring for others and for the planet was an inspiration. Peace to all of her family!

Posted Feb 22, 2020 at 10:30am
I am sorry for the loss of this amazing woman. At Peace Corps gatherings I was always glad to see her smiling face and have interesting conversations with her. I always appreciated her kind and friendly ways. My condolences to her beloved family. Paula Allred
Comment Share
Share via:
HS

Posted Feb 20, 2020 at 09:32pm
My sister was a caring person who acted on her convictions. I hope to carry on with some of her projects as we shared a love for social justice, the environment, Pilates and yoga. These pictures show a few of many cherished memories with my "big" (although petite) sister. I miss her so much already, but know she is now without pain and will live in our hearts forever.
Comment Share
Share via: 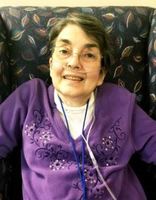 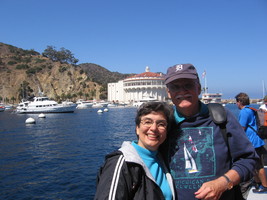