To share your memory on the wall of Velta Aistars, sign in using one of the following options:

Print
Our beautiful family matriarch, Velta (Dunkelis) Aistars, born on January 8, 1927, passed away at 6:58 p.m. on Saturday, January 16, 2021, in Kalamazoo, Michigan. The preceding year had broken her heart when she lost her husband, our family patriarch... Read More
Our beautiful family matriarch, Velta (Dunkelis) Aistars, born on January 8, 1927, passed away at 6:58 p.m. on Saturday, January 16, 2021, in Kalamazoo, Michigan. The preceding year had broken her heart when she lost her husband, our family patriarch, Viestarts Aistars, on April 1, 2020. They had been side by side for 70 years, together in all things, and without him, she lost her purpose, her joy, her partner. As her mind darkened with the fog of dementia, she called out to him every day, searching for him, waiting for him, but never finding him. On this night, however, they found each other again. Peace erased the lines on her face.
Velta was born in Riga, Latvia, and her roots there were deep. She had an older brother, Evalds, whom she adored, who preceded her in death. Their parents were Valija (Zvejnieks) Dunkelis and Hermanis Dunkelis. As a girl, Velta dreamed of different career paths. She loved fashion and often liked to design her own clothes, drawing out her ideas which her mother would then sew for her. She thought about becoming a dancer, but her father feared the stage life and discouraged her. She talked about becoming a dentist, or an interior designer. She lived in the bustling capitol city of Latvia and enjoyed the city life, but also loved spending summers in the country, getting a taste of farm life as a teen. Her ideas for the directions her life might take were colorful and many, but World War II interrupted all her dreams.
Velta and Viestarts came to the United States in 1949 as refugees from the Soviet occupation during World War II, each with their own family. They spent several years living in displaced persons (DP) camps in Germany, awaiting the end of the war, hoping for a return to their home country which never came. The Soviet occupation would last until 1991.
Both families were sponsored by a church in Chicago, Illinois, and that was where the two first met. They had joined the church choir—he sang bass in back, and she was an alto up front. He soon noticed the pretty girl up front, her long dark hair tied up with a bow, and determined to meet her. They married in Chicago on May 12, 1951. They would have two daughters—Daina and Zinta—as Viestarts earned a degree in art and served in the US Army, while Velta raised the girls.
Velta developed deep roots in Kalamazoo, Michigan, in the Latvian community. Most of all, her roots went deep in her family. The young family move to Kalamazoo in 1959, drawn to a fast-growing Latvian community, based around a Latvian choir, Dziesmu Vairogs (Shield of Songs) where they would once again join in song, later also bringing their daughters along to stand beside their mama in the altos. They became members of the Kalamazoo Latvian Evangelical Lutheran Church and of the Kalamazoo Latvian Association. Velta taught for many years at the Kalamazoo Latvian School and also served as secretary for the Kalamazoo Latvian Association.
Raising her daughters, creating a beautiful home, and participating in the Latvian community were the passions of her life—yet perhaps none more than being a partner to her husband. As his career in art blossomed, Velta was a constant source of encouragement to him, and he would always come to her for her opinion on a new painting, trusting her keen eye for color and composition. She proudly stood by him at his many art exhibits, and he often credited Velta for his success.
Velta loved gardening, and every spring she looked forward to wandering the aisles of gardening stores, carefully choosing the flowers she would plant in her garden. Every warm day, far into autumn, would find her in her flower garden, planting, pulling weeds, fussing over the profusion of color she had created. She would often say that spending time in her garden renewed her.
Her other passion, which she shared with her life partner, was travel. They would often return to visit family and friends in Latvia once the Iron Curtain fell, and they toured the United States, Europe and parts of Africa, collecting souvenirs and experiences that they would then love to share with family and friends.
Velta’s daughters, Daina (Steve Bowman) and Zinta Aistars, will miss her very much, as will her grandchildren and their spouses, Lorena (Derek Vaughn), Markus Rutens, Melissa (Scott Dearth), Erika (Scott Waehler), Alex (Ewelina Wojnowska), and her great-grandchildren, Laila, Lanning, Lincoln Vaughn, Dylan Waehler, and Eleanor Bowman. They called her Mam-mam, and she took immense pleasure in this new generation of her family.
Memorial gifts honoring both Velta and Viestarts Aistars may be sent to the Kalamazoo Latvian Evangelical Lutheran Church, in care of Metra Krautmanis, 10954 Delihant Rd., Three Rivers, MI, 49093.
Due to the COVID-19 pandemic, memorial services will be held at a later date, at that time also honoring Velta's husband, Viestarts Aistars, who passed away on April 1, 2020.
Read Less

Receive notifications about information and event scheduling for Velta

We encourage you to share your most beloved memories of Velta here, so that the family and other loved ones can always see it. You can upload cherished photographs, or share your favorite stories, and can even comment on those shared by others. 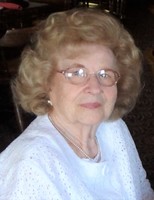 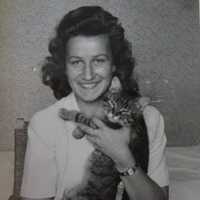 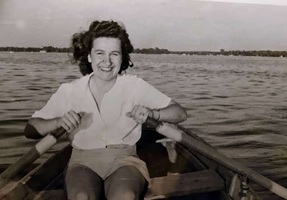 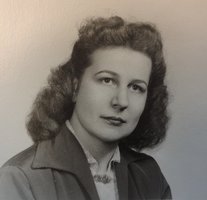