To share your memory on the wall of Thomas Creamer, sign in using one of the following options:

Thomas was the consummate salesman that drew people in with his kindness and charisma. He spent
many years selling paper, restaurant supplies and life insurance.

His outgoing personality translated perfectly into the theatre where he acted in productions such as On
Golden Pond, The Odd Couple, and The Music Man for the Grand Rapids Civic Theatre.

When he wasn’t acting or selling, you were more than likely to find him on the golf course. It was where
he may have been his happiest.

He is preceded in death by his parents Richard and Virginia Creamer and by his brother Norman.
Thomas will be sorely missed by his brothers, David and Steven; sister, Kathy Loveless; son, Timothy;
daughter, Angela; and three grandchildren Evan, Jake and Jeanette.

There are no memorial services pending, but his ashes will be spread later this Spring.
His warmth, laugh and humor will always be remembered.
Read Less

Receive notifications about information and event scheduling for Thomas

We encourage you to share your most beloved memories of Thomas here, so that the family and other loved ones can always see it. You can upload cherished photographs, or share your favorite stories, and can even comment on those shared by others.

Posted Oct 27, 2020 at 04:44pm
My big brother Tom was very supportive to me when I left graduate school penniless and without a completed thesis and no job. Tom and wife Judy took me in for much of a summer, and Tom really supported me and encouraged me during our outings to a park or to play tennis. He made a big difference and was key to my finishing my thesis before the looming deadline and beginning my adult life. 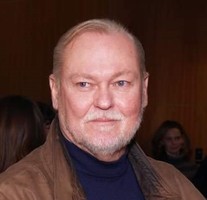