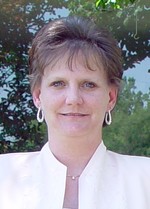 Tammy came into this world weighing only 22 ounces. She was a graduate of Comstock High School and a Veteran of the U.S. Army. Tammy went on to become a Specialist in Property Management. She became an advocate for her elderly and disadvantaged residents and was loved dearly by them for more than 20 years in several cities throughout Michigan. She finally landed in Holland, MI and resided there after her retirement. Tammy married the love of her life, Thomas Kelly on June 1 of 2002. The two of them had 14 wonderful years of marriage together and was with Tom through his Parkinson’s illness and by his side until the very end. Thomas preceded her in death in January of 2017. Tammy was also preceded in death by her parents.

She is survived by her daughters, Mara (Josef) Swinkunas, of Holland, MI and Kathryn (Jason) Carpenter, of Kentucky, two beautiful granddaughters, Caitlyn and Hanah Swinkunas, sister Ginny (David) Dell and brother Timothy Stecker, Sr. (Bonnie Hudson) and several aunts, uncles, nieces and nephews. Tammy was also survived by her constant companions, Petey and Bella (the cats that helped her get through Tom’s death). Tammy was a beloved member of Grace Episcopal Church in Holland where she and Tom formed many friendships and made countless memories. Tammy was an avid reader, loved to crochet, and a very active member of a National Parkinson’s Support Group who held her up through her own battle with Parkinson’s Disease.

The family wishes to send special thanks to Tammy’s family at Grace Episcopal Church, especially Mary, Andy Christy, Dennis and Reverend Jen for their prayers and the many ways in which they assisted and cared for Tammy these past several years as she lived with Parkinson’s and most recently Pancreatic Cancer. In addition, the family is also most grateful for the wonderful doctors and nurses that cared for Tammy over the past few months at Spectrum Butterworth, Mary Free Bed and the kind and compassionate care she received at Faith Hospice Trillium Woods.

A Memorial Service for Tammy will be held on August 9th, at 11am, at Grace Episcopal Church in Holland, Michigan.