To share your memory on the wall of Sharon Laban, sign in using one of the following options:

Sharon grew up in Martin's Ferry OH where she attended St. Johns High School and graduated in 1968. She then enrolled in a nursing school in WV to becom... Read More
Sharon Ann Laban, 70, of Walker, Michigan passed away on Thursday, April 8th, 2021.

Sharon grew up in Martin's Ferry OH where she attended St. Johns High School and graduated in 1968. She then enrolled in a nursing school in WV to become a registered nurse. Upon certification, Sharon returned to Martin's Ferry and worked at the local hospital. Marriage took her to Columbus, OH a short time later, where she was employed at Mt. Carmel Hospital and a private pediatric practice. Life's experiences brought her and her children to Grand Rapids in the late 1970's. She worked at Butterworth Hospital and periodically as a visiting nurse.

In her later years, Sharon enjoyed a good novel, playing scrabble, ice cream cones in Comstock Park, our many trips to Grand Traverse Bay, planting flowers, trying new recipes and she even became an avid Tigers fan for a few years. But I believe one of her greatest joys was when she was well enough to attend her son's wedding in Hilton Head SC. Some of her dinners there consisted of 18-24 oysters on the half shell.

Cremation has taken place and a private gathering was held.

Sharon told me a few years ago that her and I had lived a lifetime in a decade. She's right!

May God grant you peace, TuTu. Love Always, Your Cello's.

A special thanks to the surgeons at Cleveland Clinic for giving her to us for 3 more months. It was wonderful.
Read Less

Receive notifications about information and event scheduling for Sharon

We encourage you to share your most beloved memories of Sharon here, so that the family and other loved ones can always see it. You can upload cherished photographs, or share your favorite stories, and can even comment on those shared by others.

Posted Apr 23, 2021 at 08:25pm
Heartfelt condolences to my brother Bruce, along with Sharon's children, Megan and Brady, and grandchildren Allie and Judah. May God bless and comfort all of you during this very difficult time. Sharon is only gone from your sight. She will never be separated from your heart.
Comment Share
Share via:
D

Sharon gave it her all..... she wouldn't have had it any other way. God Bless You, Sharon and May You Always Rest In High and Peaceful places. I will always remember that delicious Thanksgiving dinner. Til we meet again. 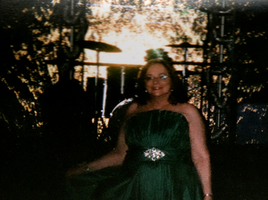 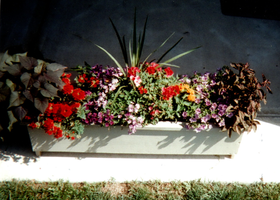 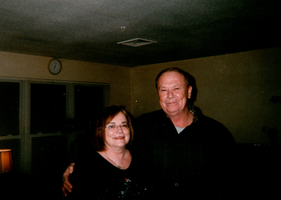