To share your memory on the wall of Robert Beaumont, sign in using one of the following options:

Bob was born to Arthur C. Jr, and Emily Jean (Campbell) Beaumont of Grosse Pointe, MI on May 22, 1949. His family moved to East Grand Rapids at the age of eight, where he graduated from East Grand Rapids High School in 1967. Bob attended and worked as a camp counselor at Camp Manitou-Lin for ten years. He attended Ferris State College majoring in business before starting his career with Foremost Insurance Company. During this time he met his wife-to-be, Linda Paquin, on a blind date. Bob and Linda were married on November 6, 1971, in Linda’s hometown of Sault Ste. Marie.

Bob spent many years of his career implementing and managing large software projects and working in IT services for Foremost Insurance Company, Universal Forest Products, IBM, and Remex in Grand Rapids before his retirement in 2004. Prior to retirement he attended Grand Rapids Community College (1998-2000) graduating magna cum laude with an Associate Degree in Culinary Arts. Bob loved to put his culinary skills to work for friends and family. Some of his favorite dishes he became famous for among his friends included Aunt Mamie’s buttermilk pancakes, pasta with homemade tomato sauce, coconut and banana cream pies, and anything on the grill!

Remembered as a loving father to his two sons, Bob was engaged with coaching soccer and hockey as they grew and included them in his woodworking and outdoor hobbies. His many interests included photography, fishing, grilling, and hiking that he actively shared with his grandchildren in his retirement years. Bob was a long-time member of the Hartford Fish & Game Society in Irons, MI, where he spent time fly-fishing and appreciating the outdoors with many life long friends. He will be warmly remembered for his sense of humor, quick wit and more recently his sharing of puns with friends on Facebook.

Bob and Linda retired on Sugar Island in Michigan’s Upper Peninsula. Bob served as President of the Sugar Island Lion’s Club for three years and enjoyed cooking for the islanders at the monthly Sunday Brunches. Island life brought many challenges and joys for Bob. He spent many hours tending to snow removal, upkeep on the dock, splitting and stacking wood for their two wood burning stoves, entertaining the grandchildren during their summer visits, and simply enjoying all of the nature and wildlife the island had to offer. Time on Sugar Island fostered some of his greatest memories and friendships. Bob and Linda shared their love of hiking, camping, and traveling, and he was a member of the Central United Methodist Church.

His stories will be told by his loving wife, Linda, of 49 years; sons, Jeffrey (m. Sarah) and André (m. Jennifer); grandchildren, Julia, Allison, Sebastien, and Rosabel; sister, Julie Broman, all of Grand Rapids; sisters-in-law, Fran Pruess and Andree Watson of Sault Ste. Marie along with six nieces and nephews, and their sixteen children.

Due to the COVID-19 pandemic arrangements for a memorial will be made in the future.
Read Less 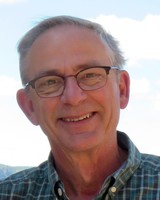 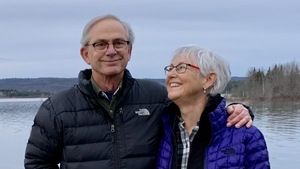