To share your memory on the wall of Richard Shinew, sign in using one of the following options:

Print
Richard Shinew went to be with our Lord on August 21, 2020, after a long bout with cancer.

Richard was born on December 19, 1963, lived with his mother Margaret and helped tend to the family farm. He was a simple man with a caring heart... Read More
Richard Shinew went to be with our Lord on August 21, 2020, after a long bout with cancer.

Richard was born on December 19, 1963, lived with his mother Margaret and helped tend to the family farm. He was a simple man with a caring heart. Other than his bond with family and friends, Richard is well known for his sense of humor and enjoyed working on vehicles.

He is survived by his mother, Margaret Shinew; siblings, Suzanna Dines and Robert Shinew, and half siblings, Charles Shinew and LeAnne Obersig.

He was preceded in death by his father, LeRoy.

Richard’s final wishes were to be cremated. A Celebration of Life will be determined later.
Read Less

Receive notifications about information and event scheduling for Richard

We encourage you to share your most beloved memories of Richard here, so that the family and other loved ones can always see it. You can upload cherished photographs, or share your favorite stories, and can even comment on those shared by others.

Plant a Tree in Memory of Richard
Plant a tree 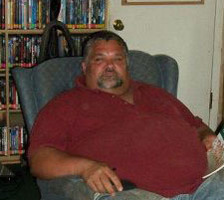