To share your memory on the wall of Raymond Snyder, sign in using one of the following options:

He was born on October 9, 1937, in Fulton, Michigan, the son of Harry and Laura Snyder. He was the youngest of five sibling... Read More
Raymond L. Snyder, age 81, passed away peacefully at his home in Holland, Michigan on Wednesday, March 20, 2019.

He was born on October 9, 1937, in Fulton, Michigan, the son of Harry and Laura Snyder. He was the youngest of five siblings.

Ray graduated from Vicksburg High School in 1956 and immediately began working in retail sales. He had a long and storied career with W. T. Grant Company, rising to the level of District Manager for Illinois, Wisconsin, and Indiana before leaving the company to become owner of The Country Squire Men’s and Ladies Clothing Store in Flora, Illinois, in 1975. He remained owner of the Country Squire until 1989 when he began a career as a Retail Consultant. Ray’s professional career continued as he pursued a position with Delta Dental Company marketing employee benefit packages. He officially retired in April, 2018. Ray subscribed to the philosophy “Hard Work Pays Off” and repeated it endlessly to his children and grandchildren.
Ray loved working with his flowers and plants and spent many hours arranging and rearranging them until they were exactly right. He delighted in feeding and watching the many and varied birds that visited. He also loved playing golf and socializing with friends and family.
Ray was preceded in death by his parents; sister, Harriet Ryder; and brother, Willard Snyder.
Ray is survived by his wife, Jane, and their daughters, Susan Taylor and husband, Mike, of Charleston, Illinois, and Laura Prior and husband, Ed, of Princeton, Indiana. Ray has three grandchildren, Christopher Scaggs (Jessica); Courtney Finley (Daniel); and Kaitlyn Taylor (fiance’ Albert Adkins). He has a Great Granddaughter, Natalie, and two Great Grandsons, Bentley and Mason. Also surviving are brother, Robert (Mildred) Snyder of Holland, Michigan; sister, Ruth (Jay) Hartgerink, of Portage, Michigan; and several nieces and nephews. .

A memorial service honoring Ray’s life will be held at 11:00 a.m., Saturday, April 6, 2019, at Third Reformed Church in Holland, Michigan, where he was a long time member.

Receive notifications about information and event scheduling for Raymond

You will receive any future notification messages.
Print

We encourage you to share your most beloved memories of Raymond here, so that the family and other loved ones can always see it. You can upload cherished photographs, or share your favorite stories, and can even comment on those shared by others. 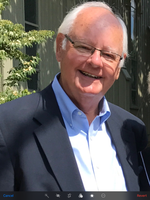