To share your memory on the wall of Randy Loudermilk, sign in using one of the following options:

Randy was an extremely talented musician with a love ... Read More
Randy R. Loudermilk of Allendale, Michigan, age 67, passed away on September 10, 2020. He was born to Calvin and Cleo (Palmer) Loudermilk on September 14, 1952 in Muskegon, Michigan.

Randy was an extremely talented musician with a love for country and western music. He loved to play guitar and pick his banjo. He spent many years playing guitar and singing in a country western band, he had a beautiful voice. Randy worked in HVAC his entire life until retiring a couple years ago.

He was preceded in death by both his parents, and brother, Darrell Loudermilk.

Receive notifications about information and event scheduling for Randy

We encourage you to share your most beloved memories of Randy here, so that the family and other loved ones can always see it. You can upload cherished photographs, or share your favorite stories, and can even comment on those shared by others.

Plant a Tree in Memory of Randy
Plant a tree 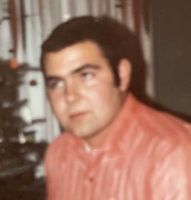