To share your memory on the wall of Randall Flory, sign in using one of the following options:

He leaves behind his sister and brother-in-law, Richard and Cheryl Feirick. He also leaves behind a niece, Kayla Feirick, two nephews Kris Vandyke and Ricky Feirick, cousins, friends, and tons of people who loved him. He will be dearly missed and will be always remembered.
Read Less

Receive notifications about information and event scheduling for Randall

We encourage you to share your most beloved memories of Randall here, so that the family and other loved ones can always see it. You can upload cherished photographs, or share your favorite stories, and can even comment on those shared by others.

Posted Jun 07, 2021 at 05:44pm
Very sad to read this. I worked for Randy when he got his first permanent job in Glasgow and was looking for an assistant, and then again when he started up his own IT business. Over those 4 years or so he taught me a lot, not just about IT. We kept in touch over the years, but this is tragic news. Condolences to his family.
Comment Share
Share via:
CW

Posted May 21, 2021 at 09:31am
Randy, Thank you for your friendship. We shared the love of British tv shows. You will be missed at SMC. Chip
Comment Share
Share via:

Posted May 19, 2021 at 05:38pm
I will always remember attempting to sew at my mom's sewing machine and Randy was sitting on the floor watching me. I just figured he must really be bored today if that's all he wanted to do. I was probably around 12 and Randy was 10. He wasn't talking much just sitting there. Out of the blue, he asked me if I would be his girlfriend. I just laughed at him but then I saw I hurt his feelings. So I told him, "You know how Cheryl Ann is your sister, right?" Randy nods and I say "Well, I'm your sister-cousin so I could never be your girlfriend, silly" Then he smiled at me.
Comment Share
Share via: 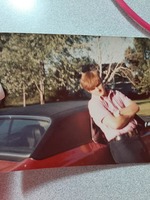 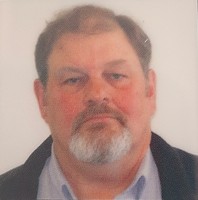