To share your memory on the wall of Rachael Cook, sign in using one of the following options:

Rachael’s childhood was spent in Birmingham, Michigan, which today is a densely populated city southeast of Pontiac. As Rachael remembered, though, Birmingham was just a small town “in the country” in the 1920s. She loved to take walking excursions and bicycle rides as a child and fondly remembered the picnic lunches prepared by her mother Josephine. At home, the evening entertainment would often focus on the vacuum tube radio housed in its magnificent wooden cabinet. Rachael and her sisters would find their comfortable spots on the carpet and listen into the night as their favorite radio adventure and mystery shows were broadcast on WJR in the 1930s. In fact, the whole depression-era country was tuned to radio before the advent of that new invention called television.

Twelve-year-old children are not supposed to be driving automobiles but Rachael, with her smile and charming ways, convinced her father that she needed to try. Before long her father gave in and let Rachael climb behind the wheel of his black Ford for short trips around Birmingham as long as papa was right next to her. And speaking of automobiles, father Norman Bell worked in one of the original Henry Ford assembly plants and later ran his own service station.

Rachael’s uncle Howard ran the foremost greenhouse in Birmingham, the Bell Greenhouse, and after Howard’s death Rachael’s brother Sam took over the business. Sam had great success with the greenhouse and eventually employed his sons Phil and Jeff. Growing beautiful plants seemed to run in the family. Norman (Rachael’s father) always had well-tended gardens during his retirement and Rachael herself had a talent for gardening and created memorable backyard flower gardens in Lakeview in the 1960s.

Rachael―along with both sisters and her mother―had a lifelong love affair with music. Mother Josephine was a vocalist. She loved to sing in vocal groups and was still singing like an angel into her 70s when she and Norm were living in the Bradenton Trailer Park in Florida. Young Rachael, Dorothy and Virginia all took piano lessons and became quite accomplished, especially Virginia, who went on to become a well-known piano teacher. When the electronic organ came of age in the 1960s, Rachael and Virginia also became very good organists and Virginia had the good fortune to study with one of the premier organists in Detroit.

This interest in music also led Rachael to employment at a music store. In the 1960s and 70s she worked as a bookkeeper and salesperson at Petersen Music House in Greenville, Michigan. Today that business is gone but local residents still have many happy memories of taking music lessons there and purchasing the finest pianos, organs and color televisions.

As music merchants, owner Edwin Petersen and Rachael (and family members) attended a very special trade show every summer in busy Chicago, sponsored in part by Chicago Musical Instruments Company. These were exciting trips and evening entertainment was a major attraction of the show. Some of the best instrumental musicians and organists in the country performed for a large and appreciative audience. On one midsummer evening at the Conrad Hilton Hotel, Rachael and her family were treated to a performance by Duke Ellington and his legendary band. That was a night to remember.

Rachael was a voracious reader―which is why she seemed to know so much about so many things! In particular, she devoured mystery novels with a passion. Through the pages of paperback books, Rachael and Agatha Christie became best friends and Rachael probably owned every Christie novel ever written. She also enjoyed many other authors.

Rachael saw countless new inventions created during her lifetime and she enjoyed sharing stories about how they changed her world. In Lakeview, even as late as 1956, if you wanted to make a call to someone in town you picked up the telephone handset, dialed “0” for the operator and told her who you wanted to speak with. She would then make the connection. How times have changed!

In her long lifetime, Rachael witnessed the birth of both commercial radio and television. And, as with other people, television became a great companion for Rachael, especially as she grew older. She was present for the “golden age of television” and that label was no misnomer. Many TV shows of the 1950s and early 60s were quality productions showcasing the best talent available. That’s why many of them are still being broadcast today. “Perry Mason” and “The Twilight Zone” will live forever.

As her friends will tell you, Rachael had many interests and hobbies through the years. She enjoyed decorating her house in Lakeview, a home she continuously lived in since 1950. She loved artistic painting, playing the organ, gardening, golf, and especially card games. While the cast of characters changed over the years, the weekly card games and teacher parties at Rachael’s house became an institution in Lakeview and provided much entertainment and fun for so many friends. Those happy social events will be sorely missed.

Rachael also enjoyed cooking, knitting and crochet work, and working jigsaw and crossword puzzles. When the computer age arrived, Rachael refused to be left behind. She enjoyed her own personal computer and used it to check news, do research, write letters, peruse the Internet and play her favorite on-line puzzles and card games. At age 95, Rachael still had the sharp and curious mind she used all her life.

In September of 1989, at the invitation of her sister Virginia, Rachael and “Jean” finally accomplished a life-long goal: a guided sightseeing excursion through Europe. In their travels they visited England, The Netherlands, France, Italy and a few memorable places in between.

No longer just photos in a travel brochure, sights like the British Crown Jewels and Big Ben, the Eiffel Tower, the canals of Venice and the art treasures of The Vatican were finally at their feet and Jean and Rachael were thrilled by what they saw. Many buildings they visited were centuries old and this deep antiquity―impossible to find in the US―fascinated Rachael and left a lasting impression. The “Old World” is full of cultural treasures and unexpected sights at every turn. Rachael just loved exploring Europe and she spoke fondly about this trip for many years. It was a dream come true.

Looking back over 95 years, Rachael accomplished so many of the things that were on her “bucket list.” Her lasting friendships, though, were the personal treasures of which she was most proud.

Many people know that Jimmy Stewart starred in a movie called “It’s A Wonderful Life.” It’s become a classic. Rachael Cook had her own wonderful life and you were lucky indeed if you had the chance to be a part of it. She was a classic, too.
Read Less

Receive notifications about information and event scheduling for Rachael

We encourage you to share your most beloved memories of Rachael here, so that the family and other loved ones can always see it. You can upload cherished photographs, or share your favorite stories, and can even comment on those shared by others. 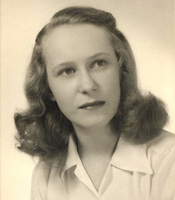 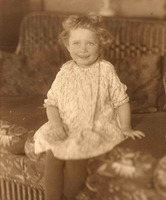