To share your memory on the wall of Phyllis Dertz, sign in using one of the following options:

She was born on October 31, 1931 in Detroit, Michigan to John and Joanna (Gwit) Gaska. She married the love o... Read More
Phyllis Barbara Dertz, 89, of Grand Rapids, Michigan passed away on Monday, January 18th, 2021 in Cascade Township, Michigan.

She was born on October 31, 1931 in Detroit, Michigan to John and Joanna (Gwit) Gaska. She married the love of her life, Raymond "Shorty" Dertz in 1952. He preceded her in death after almost 57 years of happiness together.

Phyllis is survived by three of her sons, eight grandchildren, and twelve great-grandchildren. In addition to her husband, she was preceded in death by her son Tim and brothers Bill, Walter, and Victor Gaska.

Interment will be at Fort Custer National Cemetery in Augusta, Michigan.
Read Less

Receive notifications about information and event scheduling for Phyllis

We encourage you to share your most beloved memories of Phyllis here, so that the family and other loved ones can always see it. You can upload cherished photographs, or share your favorite stories, and can even comment on those shared by others.

Plant a Tree in Memory of Phyllis
Plant a tree 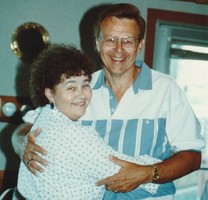