To share your memory on the wall of Patricia Coryell, sign in using one of the following options:

Provide comfort for the family of Patricia Coryell with a meaningful gesture of sympathy.

Pat loved to travel, whether it was camping in a pop-up trailer with David and all four kids or flying multiple times to Europe. She collected botanical specimens in her early years and employed her knowledge to create beautiful gardens everywhere she lived, including her last at the age of 80. She and her husband lived in Oklahoma, New Mexico, and upstate New York, before they moved to El Dorado in 1976. There, they restored the family farm, harvested milo and wheat, raised cats and dogs, and traveled to art shows and galleries to display Pat’s paintings and crafts.

Everything Pat did, she undertook with dedication and research, compiling endless lists, sketches, and records. She hosted her large family and their offspring regularly, wrote long letters of their various activities, kept every card she ever got, and, to the end of her days, enjoyed meeting people and listening to their stories. She was a favorite of her caregivers at the American House in Jenison, Michigan, where she moved in August 2019.

A memorial service will be held at a later date. In keeping with Pat’s generous spirit, memorial gifts may be made to The American Red Cross at www.redcross.org or another charity of your choice. The family wishes to extend their gratitude to the staff at Cherrywood, American House Jenison for the love and kindness they showed to Pat every day of her life there.
Read Less

Receive notifications about information and event scheduling for Patricia

We encourage you to share your most beloved memories of Patricia here, so that the family and other loved ones can always see it. You can upload cherished photographs, or share your favorite stories, and can even comment on those shared by others. 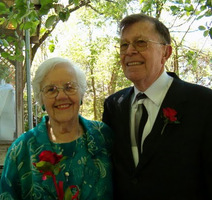