To share your memory on the wall of Marlene May, sign in using one of the following options:

Provide comfort for the family of Marlene May with a meaningful gesture of sympathy.

At the tender age of six months she was diagnosed with Tuberculosis and remained hospitalized for 5 years this brought out the fighter in her as there was total isolation. By the time she came home she was introduced to her twin sister and four other siblings in Grand Rapids and an older brother in South Carolina. Marlene went through adolescent and teenage years with spunk and enthusiasm. As an adult she was fierce and opinionated. She was always in tuned to her African heritage and if you ever went to her home you were introduced to parts of the Motherland too. It was always her desire to go to Africa, but she was secretly afraid to fly.
Marlene began working at an early age and discovered she loved to cook. She made food service her lifetime career. She always went to work with a smile, she rarely called in and was always early. Although she knew how to drive, she trusted on her “Cadillac” to get her to where she needed to go. Whether it was the Greyhound to Grand Rapids, Columbia and Sacramento or the City bus to get her around any city she was living in at the time.

Marlene had many challenges in life and was not afraid to tell anybody of what she had been through. It was therapeutic and she wanted people to learn from her mistakes and become good individuals. She instilled in her kids, grand kids and great grandkids the importance of history and family. She wanted them to know the struggle of African Americans and never wanted them to forget where they came from. She enjoyed long conversations about politics and controversial issues that were thought provoking. Her smile was infectious and her voice deep.

Marlene accepted Jesus Christ as her Lord and Savior. As her health worsen and she was hopeful to get a liver transplant she would always say “I have a faith the size of a mustard seed and God’s got me no matter what”. After a short stay in the hospital and complications from her liver disease she expressed to her two kids she wanted to come home. The teenager with spunk and the fierce adult was tired. She had run her last lap. She was greeted at home by her girls and a loving family. After five hours at home she closed her eyes and joined her father Joseph Bracey, mother Sheba M. Davis-Bracey and bother Henry J Bracey (Mr. B as she called him). Special friends Clarence Jackson and Richard Earl Williams.

Receive notifications about information and event scheduling for Marlene

We encourage you to share your most beloved memories of Marlene here, so that the family and other loved ones can always see it. You can upload cherished photographs, or share your favorite stories, and can even comment on those shared by others.

Posted Apr 03, 2020 at 11:17am
For my spiritual soul SISTER from another mother Sheba QUEEN of all mothers I will always cherish our life long experiences together growing up as children, teenagers, mothers learning and changing still being best friends no matter the issue. A solid structure has been taken from my life at a very crucial time. I do understand that she made her decision to do what was best and the suffering was to great and did not want to be a burden to anyone on her terms. SISTER MARLENE KNOW YOU ARE LOVED, ALWAYS REMEMBERED AND DEEPLY MISSED. MAY THE ANCESTORS WELCOME YOU WITH OPEN AND LOVING ARMS. GRANT YOU HIGH PRIESTESS WITH YOUR CROWN. REST IN PRESTIGE AND POWER! MY DEEPEST CONDOLENCES TO ALL HER FAMILY THAT I KNOW AND LOVE! PEACE, BLESSINGS ,COMFORT, COMPASSION, STRENGTH, CONCIOUSNESS IN THIS TIME OF IRREPLACEABLE LOSS. THERE IS NO OTHER MARLENE BRACEY-MAY! LOVE ALWAYS, NATHIA 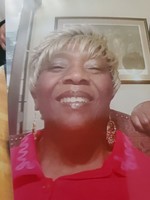 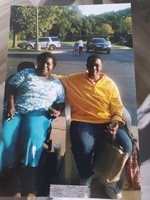 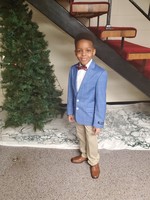 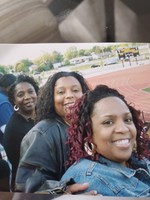