To share your memory on the wall of Marjorie J. Stalbaum-Lagestee, sign in using one of the following options:

Provide comfort for the family by sending flowers or planting a tree in memory of Marjorie J. Stalbaum-Lagestee

Provide comfort for the family by sending flowers or planting a tree in memory of Marjorie J. Stalbaum-Lagestee

She married Howard “John” Stalbaum in 1967 in Wheatfield, Indiana. John preceded her in death in 1980. Marjorie later married Edward Lagestee, Sr. in 1982 in Wheatfield. Marjorie, Ed, and some of the family moved to Grand Rapids, Michigan, in 1988. Ed preceded her in death in 2008. She was also preceded in death by her parents, her son Brian Stalbaum, her brothers Malcolm and Robert, and two great-grandchildren – Keyannah and Kaden Garza.

A memorial service will be held at 11 a.m. Thursday, July 30, 2020 at Pine Grove Community Church, 8775 E. 88th Street, Howard City, with the Rev. Dan Wolters officiating. A visitation from 10 a.m. to 11 a.m. will precede the service. Interment will follow at a later date in Indiana.

We encourage you to share your most beloved memories of Marjorie J. Stalbaum-Lagestee here, so that the family and other loved ones can always see it. You can upload cherished photographs, or share your favorite stories, and can even comment on those shared by others.

Posted Jun 15, 2020 at 12:00am
I am so thankful to have spent time with Marjorie and her wonderful family. She will never be forgotten. With love, Stephanie Donley 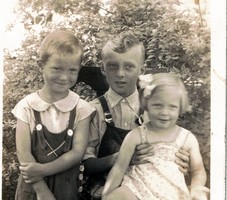 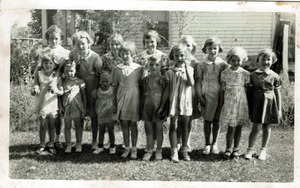