To share your memory on the wall of KayLyn Vander Veen, sign in using one of the following options:

Print
KayLyn Vanderveen, of Grand Rapids, MI, went to be with her Lord and Savior Jesus Christ on December 2nd, 2020. She was 79 years old. Praises to the most high that KayLyn is no longer in pain and is dancing with angels.

KayLyn was born t... Read More
KayLyn Vanderveen, of Grand Rapids, MI, went to be with her Lord and Savior Jesus Christ on December 2nd, 2020. She was 79 years old. Praises to the most high that KayLyn is no longer in pain and is dancing with angels.

KayLyn was born to parents Stanley and Cedell (Harr) Bloomquist on February 22nd, 1941 in Big Rapids, MI. She graduated from Big Rapids High School in 1959 and went on to study Nursing at Butterworth Hospital School of Nursing. She met Arthur Harold Carlen and they were married in 1966. KayLyn and Arthur later divorced but remained good friends. KayLyn served the Grand Rapids and surrounding area as a Registered Nurse for 19 years before retiring from Butterworth Hospital in 1982.

She enjoyed singing, cooking, painting and crafting, sewing, and volunteering. KayLyn was a long-time member of Faith Lutheran Church where she met her husband of 38 years, Everett James Vanderveen. KayLyn and Jim helped plant St. Lukes Lutheran Church on Four Mile and the East Beltline. She served on, and headed many committees at the church as well as sang in the choir. They both enjoyed volunteering within the Grand Rapids community and especially with ACCESS of West Michigan. They especially enjoyed helping with the poverty education and role playing workshops ACCESS would run. Later, they joined Oakhill Presbyterian Church.

KayLyn was preceded in death by her father Stanley, mother Cedell, Uncle Clifford, her Aunts Barbara, and June, as well as her first husband Arthur.

Receive notifications about information and event scheduling for KayLyn

We encourage you to share your most beloved memories of KayLyn here, so that the family and other loved ones can always see it. You can upload cherished photographs, or share your favorite stories, and can even comment on those shared by others.

Posted Dec 15, 2020 at 11:23am
Dear Jim and family,
I’ve know KayLyn for literally decades. We first met back in the 60’s when she was 3-11 Charge Nurse of Recovery Room and I was 3-11 Charge Nurse of ICU which was right next door.
Our paths next crossed and intertwined through Decolores where I worked her weekend as well as other weekends with her and fellowshipped in a Reunion Group for many years .
She loved her God, family and life with joy and passion . I’m grateful that her suffering is over and her Eternal joyful singing will never cease!
Mary (and Mart) Hollebeek
Comment Share
Share via: 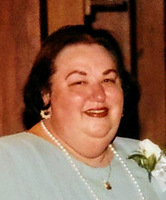