To share your memory on the wall of Karen VanderMeulen, sign in using one of the following options:

Karen VanderMeulen, age 58, died at Blodgett Spectrum Hospital in Grand Rapids, Mich. on Tuesday, February 23, 2021. Karen passed away peacefully with her daughter Lindsay and her sister Peggy at her side. Karen was born in Natrona Heights, Pa. on July 11, 1962, to John H. Mould (deceased) and Margaret L. Haggart (deceased).

At the age of 8, her family moved to Wilkesville, Ohio. Karen attended Meigs High School in Pomeroy, Ohio through her Junior year, when her family moved to the Ft. Myers, Fla. area where she finished high school and started working at the Bentley Village Senior Living Community in Naples. Karen married Allen VanderMeulen (deceased) in 1989, and they raised their daughter Lindsay in San Carlos Park, Fla.

Karen loved flowers, both houseplants and her flower beds. She loved animals and always had many cats and dogs who were like her babies. Karen’s last little dog was a small Yorkie named Brandy, who was always beside Karen and was a great comfort to her through the years. Karen was known for her big heart and she knew no strangers. She was like a second mother to many people, providing a listening ear and a hug, and she made sure none of them went hungry. She loved to cook and hosted many large family holiday dinners.

In 2008 she moved to Goodrich, Mich. with her daughter, then to Maryville,Tenn. for a short time before settling in Cadillac, Mich. in 2015.

Karen is survived by her daughter Lindsay VanderMeulen, her stepson Jeromy (Lisa), her sisters Peggy Quirk and Betty Mould, her brother David T. Mould, as well as 9 nieces, 6 nephews, and numerous great nieces, nephews and cousins.

She was preceded in death by her parents, John H. Mould and Margaret L. (Haggart) Mould, and her brothers John L. Mould and James G. Mould.

Karen was a believer in Jesus Christ, and though she is gone from this earth and she will be missed, we know we will see her again and take comfort in knowing that she is reunited with loved ones who have passed before her.

John 14:1-3 NIV
Do not let your hearts be troubled. Trust in God; trust also in me. In my Father’s house are many rooms; if it were not so, I would have told you. I am going there to prepare a place for you, I will come back and take you to be with me that you also may be where I am.

A private funeral service was held for the family at 10 am on Friday March 26, 2021 at The First United Methodist Church of Pigeon Forge, Tennessee

In lieu of flowers, donations can be made to the American Diabetes Association at www.diabetes.org/honor/donation
Read Less

Receive notifications about information and event scheduling for Karen

We encourage you to share your most beloved memories of Karen here, so that the family and other loved ones can always see it. You can upload cherished photographs, or share your favorite stories, and can even comment on those shared by others.

Plant a Tree in Memory of Karen
Plant a tree 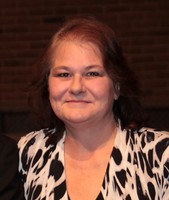