To share your memory on the wall of Jose Oviedo, sign in using one of the following options:

Print
Jose Oviedo of Fennville Michigan, age 73, passed away peacefully with his family by his side on Sunday September 6, 2020. He was born to Juanita Oviedo of TX on August 21, 1947 in Sebastian, Tx.

Jose lived in Fennville & in the state of... Read More
Jose Oviedo of Fennville Michigan, age 73, passed away peacefully with his family by his side on Sunday September 6, 2020. He was born to Juanita Oviedo of TX on August 21, 1947 in Sebastian, Tx.

Jose lived in Fennville & in the state of Michigan for the major part of his life. He was a loving husband & father, he was a hard working family man, he took pride in his yard work, his cars (he loved keeping them clean and shiny!), he loved playing with his grandkids & great grandkids, visiting his family & friends especially his mother in law! He loved going to dances with our mom and to cookouts and parties, watching cowboy movies & police/cop shows. Toward the end he loved to color in his coloring books and with his grandkids & watching his great grandkids play.

He was preceded in death by his mother Juanita Oviedo, and 2 brothers; Francisco (Maria) Guerra and Alberto Oviedo; His mother and father in law Mr. and Mrs. Hernandez; His grandkids Jessica and Tomas Oviedo, and Jenna Oviedo-Saetang.

The family would like to thank Holland Hospital and Hospice of Holland for their care and compassion during Jose’s illness.

According to his wishes cremation has taken place. A memorial mass will be held Friday September 18, 2020 at 1pm. A private inurnment will be at Taylor Cemetery on 68th St. Ganges Township, Ganges, Allegan.
Read Less

Receive notifications about information and event scheduling for Jose

We encourage you to share your most beloved memories of Jose here, so that the family and other loved ones can always see it. You can upload cherished photographs, or share your favorite stories, and can even comment on those shared by others. 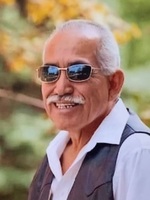 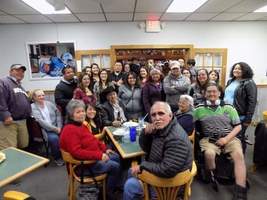