To share your memory on the wall of James Warrick, sign in using one of the following options:

Jim Warrick, of Grand Rapids, Michigan and Spring Hill Florida quietly passed away early Monday morning after a brief illness. He was preceded in death by his wife Bonnie Warrick and his sons ... Read More
Warrick, James (Jim) 7/20/1928 - 12/28/2020

Jim Warrick, of Grand Rapids, Michigan and Spring Hill Florida quietly passed away early Monday morning after a brief illness. He was preceded in death by his wife Bonnie Warrick and his sons Edward and William.

He is survived by his loving wife of 12 years, Pina, her family, his daughter Jane Warrick of New York, and several devoted nieces and nephews. Jim was a football player at the University of Detroit, a Master Sergeant in the Army during the Korean War, a traveling salesman for Ely Walker, an avid golfer, and proudly held a Life Masters in Bridge. Smart, funny and quick to smile, he was a gentle giant of a man who will be sorely missed.
Read Less

Receive notifications about information and event scheduling for James

We encourage you to share your most beloved memories of James here, so that the family and other loved ones can always see it. You can upload cherished photographs, or share your favorite stories, and can even comment on those shared by others.

Posted Jan 02, 2021 at 03:44am
In loving memorial to Uncle Jim who exemplified selfless giving throughout his earthly time. 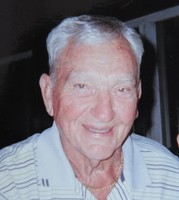