To share your memory on the wall of Douglas Grimes, sign in using one of the following options:

Provide comfort for the family of Douglas Grimes with a meaningful gesture of sympathy.

He was born on July 27th, 1963 in Detroit, Michigan to Sharon Ernst and Bill Meininger, and then adopted by James and Gail (Wert) Grimes.

He was born on July 27th, 1963 in Detroit, Michigan to Sharon Ernst and Bill Meininger, and then adopted by James and Gail (Wert) Grimes.

He grew up in Sandusky, Michigan, where he graduated from high school, and worked at the Yale Rubber plant, where his father was a manager. At the age of 19, he moved to Plantation, FL where he worked as a meter reader for Florida Power and Light.

He was always technically minded, becoming interested in and using citizen-band radios at a young age. This interest in technology led to him providing for himself and his family by repairing printers, copiers, and computers for most of his life. He was motivated and inventive, never seeming to have problems making a living (even if it meant doing so outside of the law).

Outside of his “career”, he was an incredible teacher, with his preferred method being to teach by counter-example.

He was generally very kind, and would often drop everything to help someone close to him who was in need, even going out of his way to help strangers and acquaintances that he felt were good-natured, or down on their luck.

Among his immediate family, neighbors, and his children’s friends, he was known as a quirky jokester who would always have a piece of earnest, but usually inappropriate life-advice, as well as a seemingly never ending supply of self-aggrandizing yet ridiculous stories that no one could determine whether were based in fact or fiction.

While Douglas was by no means a perfect man, he was also the father of two children: Michael Allen and Kaytelyn Marie; who, while relieved he is no longer suffering, will always miss his strong hugs and goofy jokes.

He is survived by his two children Mike & Kaytelyn, his sister Cynthia, and his birth mother Sharon.
Read Less

We encourage you to share your most beloved memories of Douglas here, so that the family and other loved ones can always see it. You can upload cherished photographs, or share your favorite stories, and can even comment on those shared by others.

Posted Oct 03, 2019 at 12:47pm
I shared many good times and many beers with Doug overs the years and I always looked forward to seeing him and enjoying laughs with friends while visiting Matt Noble and I in Texas. I'm sorry hear his passing and trust that today he is comforted by Christ in heaven and one day I will see him again and we will rejoice yet once again...
Comment Share
Share via:

Sorry for your sorrow.
Sorry for your pain.
Sorry for no more tomorrows and your crazy ways.
Sorry for the family and future dreams unseen.
Sorry for the heartache and no more memories.
Sorry for your isolation when you really needed a friend.
Sorry for the thoughts, though unwelcomed, raging through your head.
Sorry for when that all-consuming depression settled in, making you think that this was the only way for the madness to end.
Sorry that all your apologies were left unsaid, leaving so many unanswered questions in our heads.
So sorry that I didn’t ask, “Are you alright my friend?” as you will be sorely missed my dear, dear, friend. 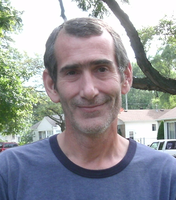