To share your memory on the wall of Donald Ross, sign in using one of the following options:

Don was a graduate of Tionesta High School in PA and immediately joined the United States Air Force at the age of 18. He proudly served for 10 years as a B-52 mechanic, was a Veteran in Desert Storm, and received the Air Force Commendation Medal for Meritorious Service. He was a dedicated American who loved his country and always proudly displayed his flag. He had a strong love for nature (especially daisies) and enjoyed every beautiful day as well as any thunderstorm that rolled through. He was a gifted writer, specifically when it came to poetry and left us with many writings we will cherish always. One of his favorite things were the long conversations he shared with his friends and loved ones. He thanked God for the little things such as beautiful days, warm water, and seeing his girls smile.

Those who knew him always said he was the life of every party. In Don’s Mother’s poem to her 9 children, “Tribe of Indians,” (as she liked to call them) her words about her baby boy were, “The youngest, and a clown, a happy jolly boy, may he not change when a man, and bring all he meets some joy.” Without a doubt we all know he did just that, time and time again.


“A comedian can only last until he either takes himself serious, or his audience takes him serious.”
Read Less

Receive notifications about information and event scheduling for Donald

We encourage you to share your most beloved memories of Donald here, so that the family and other loved ones can always see it. You can upload cherished photographs, or share your favorite stories, and can even comment on those shared by others.

Posted Aug 17, 2020 at 03:47pm
Jamie, I am so incredibly sorry for your loss. I hope you are able to find peace in this difficult time. All my thoughts and prayers.

Flowers were purchased for the family of Donald Ross.

Posted Aug 17, 2020 at 09:29am
My Hart is so sad for all the Family and friends of Don. Please know he is in a better place with all who passed befor him. I feel so blessed to have know Don. God be with your family.

Posted Aug 17, 2020 at 08:38am
I have such sorrow in my heart and am so saddened by Donny’s death. There are so many memories of Donny growing up and he definitely was a comedian! Sean and Donny were the best of friends and always kept us laughing. There are so many memories that are running thru my mind right now I don’t even think I could put it to words. I had got your phone number from Laurie and was to call, my intention was too do so, but just never did. Now it’s too late to laugh with an old friend. You Rest In Peace Donny and keep them laughing, give Mel and Nikki a hug from me. We all love you in Oil City!!
And to Donny’s family, I am so sorry about your loss. I can’t even comprehend how you must feel. For what ever reason the Lord has called him home for a greater purpose will never make it easier. Nothing I can say will make it better, but I hope you can find comfort that he is home now and at peace. And to Kathy, Laurie and Brian I know your loss is great to lose your “little” brother. Even though you are all in different states you believe you will always be there. I am in such shock that Donny’s gone. I am deeply sorry and may he Rest In Peace.
Kathy I will give you some time and will call, I promise not to let calls I should have made go again.
With Deep Sorrow,
Sherry
Comment Share
Share via:
AM

Posted Aug 16, 2020 at 06:26pm
Fly High Don! Rest peacefully. My deepest sympathies to the Ross family & friends. Much love & compassion to all who are grieving

Posted Aug 16, 2020 at 04:51pm
I’m so sorry to hear about Don. He was a wonderful person and always had a smile on his face. We were stationed together in the ‘80s in Minot. ND . We had some great times, camping every summer, lots of parties, and just hanging out. He, as well as the other guys In the shop, were like big brothers to me, as I was the only female. 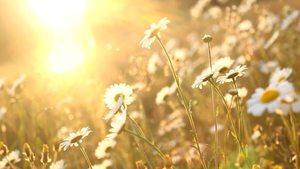 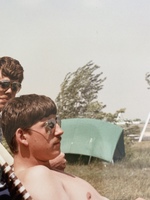 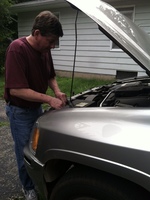 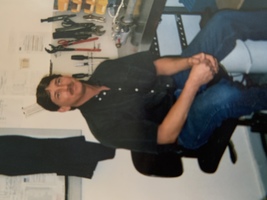