To share your memory on the wall of Donald Pape, sign in using one of the following options:

Donald was born on January 30, 1956 to Donald Joseph Pape and Beatrice Hough in Muskegon MI.

Donald was born on January 30, 1956 to Donald Joseph Pape and Beatrice Hough in Muskegon MI.

Don loved to hunt, fish and BBQ. His grandchildren, and great-grandchildren were his world. He worked as a CNC Programmer, but spent most of his life as an over-the-road truck driver. He served in the U.S. Army from 1973-1975.

He was preceded in death by his father, Donald Joseph Pape, and his mother, Beatrice Hough.

Per Don's request, cremation has taken place and there will be a Celebration of Life at The Salvation Army located at 1221 Shonat St. Muskegon, MI 49442, Saturday June 27, 2020 from 2pm-5pm.

In lieu of flowers please consider donating to the family (Stephanie Pape) to help cover expenses or Harbor Hospice of Muskegon.

The family would like to thank Harbor Hospice.
Read Less

Receive notifications about information and event scheduling for Donald

We encourage you to share your most beloved memories of Donald here, so that the family and other loved ones can always see it. You can upload cherished photographs, or share your favorite stories, and can even comment on those shared by others.

Posted Jun 24, 2020 at 09:10am
I'm sorry for your family's loss. I'm honored to have grown up with such a loving, caring family led by Don and Sheilah. When I stayed nights🌙 at your house I remember being in D's room and Don calling me out of bed🛏 to join him at the table for coffee☕ every day that I was there. He would make me feel at home there.🏠 I remember him being a family man and he had a good sense of humor. His spirit will definitely live on through his family. I admire how close you all are. That should help you all through this. I'm here if any of you need someone to listen or talk to. Love you all💙
Comment Share
Share via: 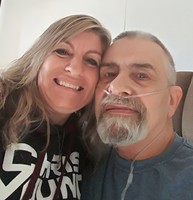 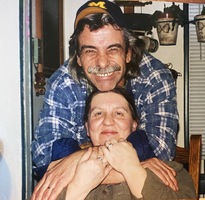