To share your memory on the wall of Dawn Metivier, sign in using one of the following options:

Preceding her in death are her parents, Robert Conway and Marie (Levangie) Conway, her brother Patrick Conway, her daughter Kristen Metivier, and five angel babies that she now reunites with in joy.

Dawn was born in Flint, Michigan on March 19th, 1957 to a big, busy, tightly knit Catholic family. She was immensely proud of the legacy her father and brothers developed in military service, and even until her final months of life she spoke fondly of her childhood surrounded by brothers who loved her dearly and a sister that was her best friend. Her favorite memories to recount were those of her family trips to Boston each summer to visit extended family. Dawn was social, active, and outgoing, a combination of traits that led her to be involved at Holy Redeemer Catholic Church where she met the love of her life, Doug, at the young adult group worship and activities. They were married only sixteen months later, on June 8th 1985.

Doug and Dawn decided to pursue career opportunities on the west side of the state, and they have lived in Sparta, Michigan for the past thirty five years. She made Sparta her home by actively engaging in church communities at St. Mary’s in Sand Lake, Assumption in Belmont, and Holy Family in Sparta; she taught in religious education programs, and sang in the choir for many years. Her love of faith brought her to extend her church communities even further through Decolores and Cursillo. Dawn made friends everywhere she went: the grocery store, the library, the dentist. Her smile lingered even when she left the room.

One of Dawn’s greatest accomplishments was the education of her children, whom she homeschooled for seven years. She was proud of their academic achievements and their career paths in teaching and creative arts. Her kids were always on her mind, and they were the last people she could actively talk about in her cognitive fight against Alzheimer’s.

In lieu of flowers, Dawn’s family asks that a donation be made in her memory to the Alzheimer’s Association at alz.org. Her family is especially grateful to her doctors at Mercy  Health and her care workers with Emmanuel Hospice for caring for her with such compassion and kindness.

Receive notifications about information and event scheduling for Dawn

We encourage you to share your most beloved memories of Dawn here, so that the family and other loved ones can always see it. You can upload cherished photographs, or share your favorite stories, and can even comment on those shared by others.

Plant a Tree in Memory of Dawn
Plant a tree 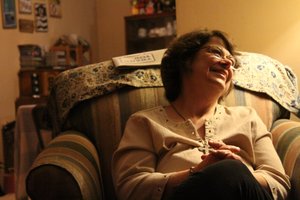