To share your memory on the wall of David Gleckler, sign in using one of the following options:

Provide comfort for the family of David Gleckler with a meaningful gesture of sympathy.

Print
David Timothy Gleckler "Tim'" age 79, passed away on April 2, 2020. Tim grew up in Wyandotte, Michigan and earned a degree in accounting. After graduation, he worked for Great Lakes Steel, retiring after 30 years.

Tim was tender-hearted ... Read More
David Timothy Gleckler "Tim'" age 79, passed away on April 2, 2020. Tim grew up in Wyandotte, Michigan and earned a degree in accounting. After graduation, he worked for Great Lakes Steel, retiring after 30 years.

Tim was tender-hearted and generous. He possessed a great sense of humor and a fondness for pranking. He especially enjoyed exchanging practical jokes with his grandchildren. It is not surprising that Tim’s favorite holiday was April Fool’s day, closely followed by Halloween when he would dress in full costume to give out candy.

Tim was a skilled artisan with wood, scrolling intricate gifts such as trinket boxes, delicate candle holders, and clocks that he gave to friends and family. Born to Roy and Nora Stewart, he was deeply interested in his birth family and his ancestry. He often stated that seeing his birth mother again was the first thing he wanted to do when he died.

His artistic nature included a love of music. His latest passion was the pan flute, and he was often accompanied on keyboard by his best friend, Dave.

He was preceded in death by his twin brother James Thomas (Tom), his sister Pam, and his brother Roy. Orphaned at five years of age, Tim and Tom were adopted by Roy and Alma Gleckler, but reunited with their sisters in adulthood.

Tim is survived by his wife Carol, step-son Sheldon and daughter-in-law Denise, step-daughter Shannon, his sister Shirley, and his daughter from a previous marriage Denise. He will be greatly missed as well by his four grandchildren, Sonya, Nicholai, Richele, and Alexei.
Read Less

Posted Apr 13, 2020 at 12:01am
When I was 2 years old my Mother unexpectedly passed away leaving me and 5 siblings to be placed in an orphanage. Subsequently 4 of the 6 of us were adopted and lost track of each other. Through the efforts of my adopted Mother, she located my younger sister and my twin older brothers. My adopted parents arranged a few meetings while we were quite young, but we lost contact again in our “busy” teen years. Our older brother Roy was killed in an explosion at Great Lakes Steel. I never had an opportunity to know him. The oldest of my siblings Betty I never knew much of her, and not sure where she is, if she is even alive. When I married and started my own family it became important to me to connect with my “Real” family. So my younger sister, Pam, and my twin brothers Tim & Tom reunited once again. We developed a strong bond and became quite close. As the years passed we stayed in contact but life kept pulling us apart, with responsibilities to each ones personal families, spouses and children. Nevertheless we kept in contact and had some very special times together when time and distance would allow. Several years ago my younger sister was killed in an auto accident, and then 2 years ago Tim’s Twin brother Tom passed away. Tim and I developed a special bond over the years, in that, we didn’t need to be involved in each other’s personal lives, however, if the need arose we could call on each other for whatever help was necessary and we would be there for each other. I told Tim years ago that I felt God made us brothers and sisters, but never meant for us to be a family. I loved “Bro Tim” dearly and will miss him. But we will meet again on the other side, and hopefully finally meet our Mom and Dad.
Comment Share
Share via:
CG

Posted Apr 06, 2020 at 04:28pm
I am happy knowing that Tim has been welcomed into Heaven & has seen his Lord & Savior, face to face! Also, my heart aches for you, Carol, & the family! Tim, & his fun-loving spirit will be greatly missed! Lorraine
Comment Share
Share via: 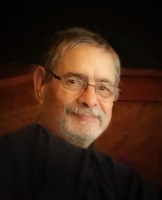 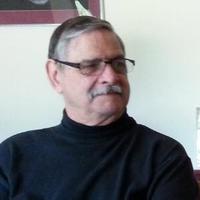