To share your memory on the wall of Dale Collins, sign in using one of the following options:

Receive notifications about information and event scheduling for Dale

We encourage you to share your most beloved memories of Dale here, so that the family and other loved ones can always see it. You can upload cherished photographs, or share your favorite stories, and can even comment on those shared by others.

Plant a Tree in Memory of Dale
Plant a tree
1 tree has been planted in memory of Dale Edward Collins Jr.
D

Posted Mar 10, 2021 at 09:20pm
Uncle Dale, I miss and love you more than words can express. I wish I would've said thank you more than what I did. Thank you for always being there for my sisters and I, for always making sure we felt loved and wanted, especially these past couple of years. Thank you for your constant positive attitude and your infectious laughter. Thank you for everything you did for my family. I will miss our conversations and texts, and the way you looked in your apron when cooking Thanksgiving dinner. You were so much more than an uncle to me. I love you so much. Until we meet again, I hope you're dancing in the sky
Comment Share
Share via:
SB

Posted Mar 10, 2021 at 09:52am
"Dale-E-Bob", where do I begin? Close to fifty years of knowing you first as a friend and ultimately my beloved brother-in-law (a.k.a. - the fourth daughter to Mom and Dad) ! Oh, the times we had, laughing, tipping back a beer and the countless hours cooking together for family functions! I will never forget you and all the laughs and good times we shared. Your love for the entire family, nieces, nephews, great nieces and nephews who referred to you as Uncle "D", the man, the myth, the LEGEND!
Give Mom and Dad and all who have gone before us a hug....I know that we will see one another again....until that time...know that I will NEVER forget you and all the love and joy you spread to everyone.

All my love,
Your Sister-In-Law
"Sam-Bake" (your self proclaimed nickname for me) Oh boy.... I will miss hearing you shout those words!
Sandy
Comment Share
Share via:
TF

Posted Mar 09, 2021 at 06:35pm
My uncle Daley "D"... words cannot begin to express how much you will be missed! There is a reason you were called the fourth daughter, you blended into this family like you were made for it. You made us laugh, sometimes until we cried! You were truly the favorite uncle and revered by your nieces & nephews and whole-heartedly respected by your great nieces & nephews because you were "The Man, The Myth, The Legend... Uncle "D"! There will NEVER be another like you and neither our family or this world will ever have the same level of joy and laughter without you in it. Our hearts are broken, but we know we will see you again when the time comes. So for now, give all of our dearly missed loved ones great big Daley "D" hugs from us and keep Mom-in-law Joyce (aka "The Misses") & Pops-in-law Stu honest in those games of pass the aces... but most of all, make them smile & laugh like you always could. Love you. Miss you. Your niece... Weaaaaazzzzzz...EL! (gonna miss hearing that) 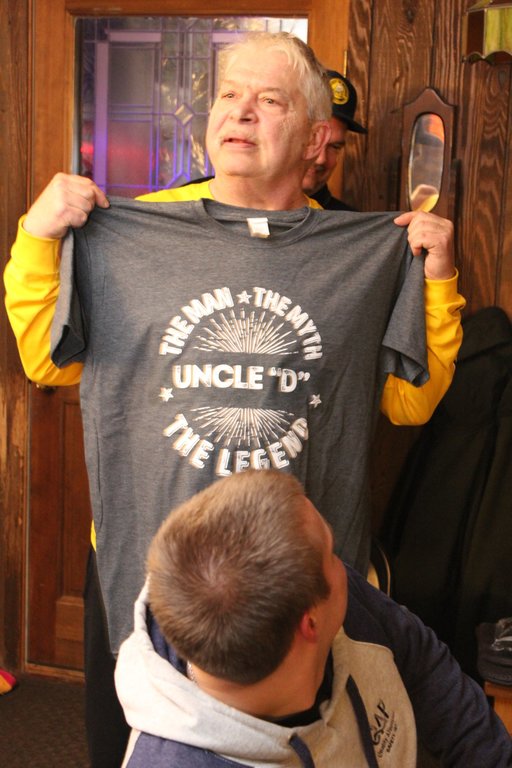 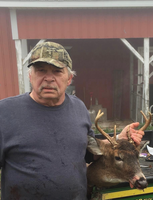 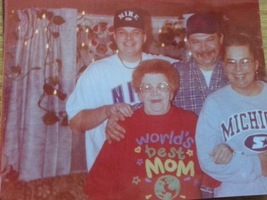 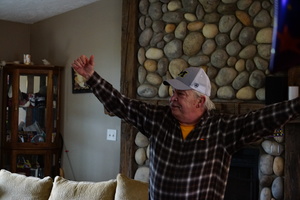