To share your memory on the wall of Clinton Johnston, sign in using one of the following options:

Provide comfort for the family of Clinton Johnston with a meaningful gesture of sympathy.

Print
Clinton Dwight Johnston joined many family members and friends in his Heavenly home with his Savior and Lord Jesus Christ on November 12, 2019.

Dwight was born in Bad Axe, MI on May 12, 1944 and moved to Battle Creek, MI as a teenager. ... Read More
Clinton Dwight Johnston joined many family members and friends in his Heavenly home with his Savior and Lord Jesus Christ on November 12, 2019.

Dwight was born in Bad Axe, MI on May 12, 1944 and moved to Battle Creek, MI as a teenager. Dwight and his family moved to Kalamazoo, MI in 1972 and lived there until 2010 when he and his wife, Karen moved to Grand Rapids, MI to be nearer grandchildren.

After joining Price Waterhouse & Co upon graduation from Western Michigan University, Dwight was awarded a CPA certification and went on to a rewarding career in banking rising to CFO and Senior Vice President at the American National Bank in Kalamazoo. He then joined the wonderful management and staff and had an extremely enjoyable tenure at Engineered Plastic Components in Mattawan, MI before retiring in 2004. After retiring, Dwight then formed Midwest Management Resources Inc. specializing in executive recruiting, human resource consulting and financial management.

Dwight also enjoyed a lifelong love of music, particularly gospel music and was a member of the Forest Hills Adult Community Band. For the last 9 years, he was a proud member of the Calder City Concert Band and enjoyed the friendships and the music with that group.

A memorial service will be held on Friday December 6 and will take place at First Evangelical Covenant Church 1933 Tremont Blvd. NW in Grand Rapids, Michigan. Visitation with the family will be one hour prior to the service which will begin at 2pm. Refreshments will be served following the service.

In lieu of flowers, memorial contributions can be made to City Linc of Battle Creek @citylinc.org or Resurrection Life Church Heart for the Kingdom Fund.
Read Less

Receive notifications about information and event scheduling for Clinton

We encourage you to share your most beloved memories of Clinton here, so that the family and other loved ones can always see it. You can upload cherished photographs, or share your favorite stories, and can even comment on those shared by others.

The Steenlands sent flowers to the family of Clinton Dwight Johnston.
Show you care by sending flowers

Posted Dec 06, 2019 at 11:51am
I had the pleasure of working with Dwight at Engineered Plastic Components. He was an outstanding man. He would always have a smile on his face and an upbeat attitude. Dwight always had an ear to listen if you needed to talk. I feel very fortunate to have known Dwight. He will always be remembered by me.
Marj Laflin
Comment Share
Share via:
TS

The Steenlands purchased flowers for the family of Clinton Johnston. Send Flowers

Posted Dec 05, 2019 at 06:19pm
Dear Karen, Todd, Ted and Tara,
So sorry to hear of your loss. Dwight was such a good man and great example for followers of Christ. So many fond memories of our families getting together, church, choir, Bill Knapp's etc. etc. Praying that The Lord will continue to comfort you as you grieve as well as when you celebrate a life well lived. Blessings and prayers, Ron & Sue
Comment Share
Share via:
KJ

Posted Nov 19, 2019 at 08:26pm
Dwight was a younger brother that I always looked up to. Dwight was a authentic and genuine Christian gentleman.
A person who loved God, and enjoyed attending events with his family. A scholar, musician and a Christian soldier that fought the good fight and endured the battle of cancer with dignity, Dwight, I will miss you as a brother, and your Friday Hymn postings. Love you! Thank you for all the disciplines that you exemplified to achieve a valued life. "What Day, Glorious Day, That Will Be" when we will meet again, your brother Ken
Comment Share
Share via:

Posted Nov 19, 2019 at 03:56pm
It has been a joy to get to know and play music with Dwight in Calcder City and Forest Hills Concert bands. 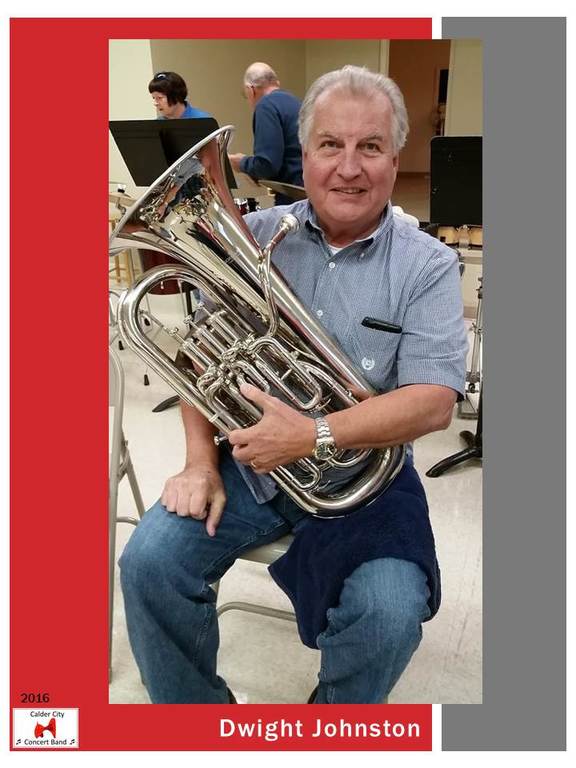 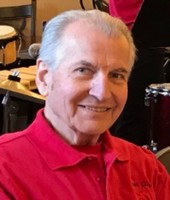 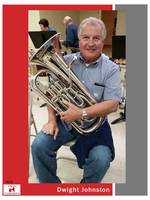 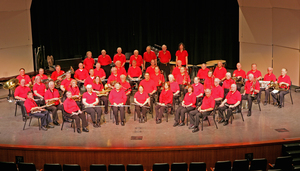