To share your memory on the wall of Charles Champion, sign in using one of the following options:

Receive notifications about information and event scheduling for Charles

We encourage you to share your most beloved memories of Charles here, so that the family and other loved ones can always see it. You can upload cherished photographs, or share your favorite stories, and can even comment on those shared by others.

Posted Feb 27, 2021 at 08:23am
Chuck picked me up one time to give me a ride. We ended up in a field doing doughnuts in the snow! What fun!!!
He was a good guy and Great Friend. I will miss him. Love you my friend, fly high! We will see you again someday
Comment Share
Share via:
MA

Posted Feb 21, 2021 at 09:57pm
RIP my dear cousin you were just like a brother to me you will be missed very much so miss our chats on phone and your silly jokes you always came up with everytime we spoke. You rest bro and know we loved you dearly even the miles between us we would pick up were we left off look forward to your calls at my parents and getting to chat with you . Just know we loved you and we love your kids. This was our saying thru out our lives together we " Never Say goodbye" I am not saying good bye just telling you until we meet again I love you more ❤
Comment Share
Share via:
MO

Posted Feb 18, 2021 at 12:41am
Charles was a great man with a kind heart. While traveling I crashed my corvette and he helped me out so It was fit to drive home to North Dakota from Hastings. In a pinch and there he was to do what he could to help. In the book the lord says to help a person in need and he did just that for me. This world be a better place if it had more true gentlemen like him in it. May peace fill his family's hearts knowing that the Lord is comforting him now. Sincerely Mark Osowski of Grand Forks, North Dakota
Comment Share
Share via:
MA

Thank you for sharing your wonderful memory of Chuck he would help anyone that needed he will be missed by many!
MA

Thank you for sharing! 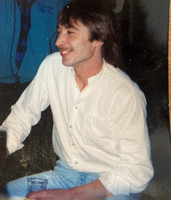