To share your memory on the wall of Calvin Bird, sign in using one of the following options:

Print
Calvin (Cal) John Bird, age 70, of Plainwell, MI, passed away peacefully at his home and into the arms of his Savior on May 11th, 2020.

Calvin was born at Pennock Hospital in Hastings, MI to Melvin Rex Bird and Fannie Bell (Abbott) Bird ... Read More
Calvin (Cal) John Bird, age 70, of Plainwell, MI, passed away peacefully at his home and into the arms of his Savior on May 11th, 2020.

Calvin was born at Pennock Hospital in Hastings, MI to Melvin Rex Bird and Fannie Bell (Abbott) Bird on June 30th, 1949. Calvin was united in marriage to Shirley Ann Green on December 16th, 1968. Upon their marriage, Calvin lovingly took on the role of dad and provider to Shirley’s young daughter Tammy. Calvin and Shirley’s love and family continued to grow and on March 9th, 1971 they welcomed their daughter Darcy into the world. Determined to receive his diploma, Calvin graduated alongside Tammy from Plainwell High School in 1986.

Calvin was a notable hard worker. He held various jobs throughout his adult life, including several years spent at Murco in Plainwell, before ultimately pursuing a truck driving career until his retirement.

Calvin enjoyed cars, trucks and anything with an engine in it. He loved to make his friends and family smile, as he always had a joke to share with them. Calvin’s unwavering faith in Christ Jesus was known to everyone he met. He wouldn’t let you leave without praying for you and saying, “God Bless You!” His joyful heart will be deeply missed.

Cremation has taken place and a memorial service will be held at 11am on August 22, 2020, at Friendship Wesleyan Church in Plainwell, MI

Contributions in memory of Calvin may be made to Friendship Wesleyan Church 1285 102nd Ave Plainwell, MI 49080.
Read Less

Receive notifications about information and event scheduling for Calvin

We encourage you to share your most beloved memories of Calvin here, so that the family and other loved ones can always see it. You can upload cherished photographs, or share your favorite stories, and can even comment on those shared by others. 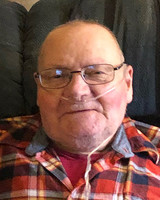