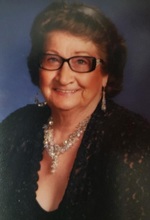 Bea is preceded in death by her parents, a sister Sharon Badker, her husband John Knarr-Kurtz and a daughter-in-law Patty Nordyke.
Bea loved to shop. She was always on the lookout for a “good deal”. She loved garage sales, and shopping at consignment stores.
Bea and John lived in Michigan, then moved to Hopkinsville, Kentucky for a few years. They returned to Michigan where Bea did a lot of volunteer work at Burnham Brook in Battle Creek, Michigan. After John retired, they made their home in Grand Haven, Michigan. After John’s death in 2000, she sold her home in Grand Haven and moved to Arizona. She resided in Prescott Valley, then Gilbert Arizona until she moved to assisted living. In 2017, she moved back to Battle Creek, MI, to be closer to her family.