Andrew attended Bay City Central High School and went onto graduate with a double major in math and education from Concordia College. After graduation, Andrew taught for two years in Louisiana before returning home to Michigan where he would begin a long a successful career in the financial industry. He worked for Mutual Savings and Loan before taking his first CEO position with South West State Employees Credit Union in Kalamazoo, Michigan. From there his career path brought him to Grand Rapids, Michigan where he took over the CEO position at Bell Com Credit Union. He also served as the chairman of the Michigan Credit Union League. After many years of hard work and dedication, Andrew retired in 2015.
Andrew was married to Sheila (McCoon) List on May 14th, 1977. They shared two children, and one amazing granddaughter.
In his retirement, Andrew enjoyed spending time at the lake house. His hobbies included bird watching, boating, spending time with his family, and the occasional golf outing with the guys.
Andrew is survived by his loving wife, Sheila of 42 years, children Ariana (Tyler) Flory, Marissa List, Granddaughter Bria Marie, brothers Bob (Pat) and Mike List, and sister Nancy (Kenneth) Stringer. He was also blessed with many nieces, nephews and what he called his lake family including his grandchildren of the heart Dominick and Sydney.
He was preceded in death by his parents Arthur and Lois List.
A celebration of Life is scheduled for May 16th. Please email CelebrationofLifeAList@gmail.com for details.
The family would like to thank Spectrum Health Hospice for their care and compassion.
Read Less

We encourage you to share your most beloved memories of Andrew here, so that the family and other loved ones can always see it. You can upload cherished photographs, or share your favorite stories, and can even comment on those shared by others.

Posted Mar 22, 2020 at 11:49am
Our deepest sympathies are with you at this difficult time. We have a special bond with the List family and fond childhood memories of Andy.

The Schutt cousins: Dave, Debbie, Jeff and Sue purchased the Your Light Shines and planted a memorial tree for the family of Andrew List.

Posted Mar 22, 2020 at 08:57am
Andy, you were a great CEO at Option1 Credit Union - always happy and gave constructive criticism. I remember one blizzard in Grand Rapids - terrible snow forecast for morning commute only to worsen during the day - so I went in really early with a suitcase to spend the night if needed. Andy was already there early along with 2 others, and he was laughing so hard at me for bringing a suitcase. He never forgot that and always joked about it. Rest in peace, Andy. Prayers for your family whom you were so proud of.
Comment Share
Share via:
ML

Posted Mar 16, 2020 at 05:22pm
In loving memory of my brother Andy: childhood playmate, mentor, and friend. You remain in my thoughts and heart. With love and gratitude, Mike 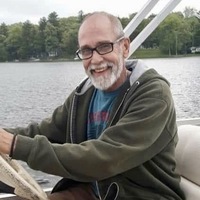 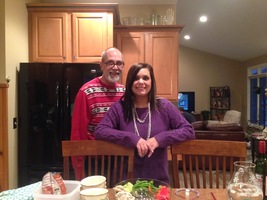 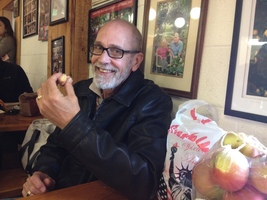 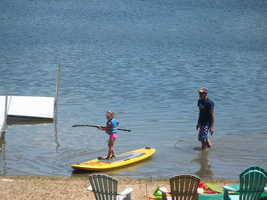